November SEO Notes: The latest in the industry

https://www.omahamediagroup.com/images/uploads/monster_gallery/Omaha-Media-Group-Black.jpg
2021 November 26
by The Creative Monsters 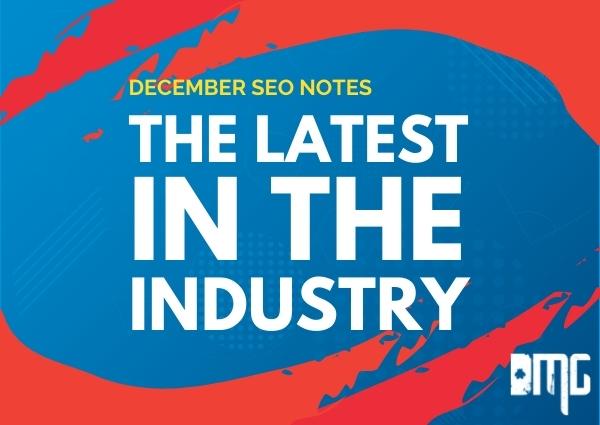 Not only did Google release a statement saying that bold text could help with crawling, but the search engine released a Google Core Update one day after it was suspected there might not be a release.

On Nov. 16th John Mueller, Google’s Search Liaison, was asked via Twitter if there would be another Google Core Update before the end of the year, and without a definite answer, it seemed it could still be in sight.

The last Google Core Update was released in July and was released as a “broad” update. There is no detail yet on the changes and industries that could be affected by the November update, but time will tell.

What can be expected from a Google Core Update? There are several different ranking factors that can fluctuate such as:

What should a company focus on throughout the duration of its SEO strategies? When it comes to SEO in Fort Worth, all local and national companies need to focus on properly answering search intention,  (Semrush makes this even easier now), proper on-page optimization, loading speeds, and removing technical errors.

From there, what is another one of the biggest SEO trends moving forward?

Interstitials dings are due to mobile popups, but moving forward, mobile popups will now affect the user experience on desktop. Not only this, but starting in February and March of 2022, desktop websites could take a harder hit due to the Google Page Experience update than originally anticipated.

Not all popups will entirely be affected, it is stated by Google Developers that these popups are ones that “cover the main content” which means the content that is difficult for users to leave or navigate back to the necessary pages.

Here are examples of dos and don’ts.

Any SEO in Fort Worth company should keep its customers and potential clients up-to-date with the latest SEO trends. For more information, check out some of our other blogs, and to get the SEO process started, contact us today.

Posted In: SEO and Search Marketing